In this topic, The various functions used to manipulate and work with strings are discussed.

The string functions are also most often used functions irrespective of size and complexity of the program.

For instance, if a full name of a person from a sheet is required, then the first name and the last name has to be combined and returned as a single name. This is the most basic usage of string function, called "concatenation".

There are also other string functions such as truncation of characters on either side, conversion of numbers to strings and so on. These functions are discussed as below

This is string concatenation wherein two or more strings are combined to form a single string.

This function is used to convert other data types, mostly numbers, to string data type.

These functions are used to convert a given string to upper or lower case.

This function is used to find if a specific string is found in some other string.

The following example illustrates these functions

The screenshot of VBA editor 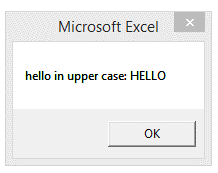 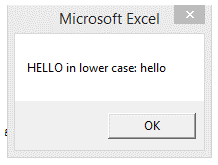 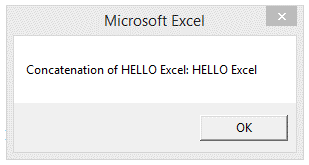 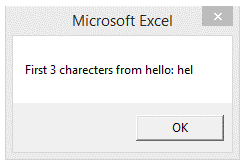 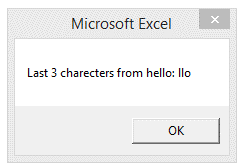 3) How to format variable with VBA with the very useful format function. Define the number of decimal, the way a date is formated

7) How to use logical operators in VBA

8) String split in VBA in Excel

9) What are the date and time function in Excel VBA